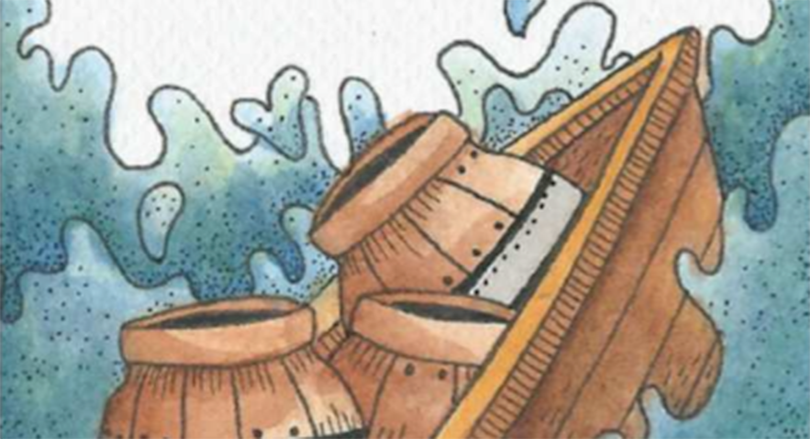 Ontario wineries will be all red and white for Canada’s 150th anniversary. Numerous wineries across Ontario are celebrating by producing limited releases with specially labelled bottles.

In Niagara, Vieni Estates has a celebratory sparkling wine made from a blend of pinot noir, baco noir and pinot meunier with a Canada 150 label.

Wine Collective, a wine club that ships wine to members across Canada every month, and Konzelmann Winery in Niagara, held a Canada 150 label design contest. Two designs were selected. The 2016 merlot features a moose and a 2016 riesling showcases a photo of the sun setting on a northern cottage country lake. 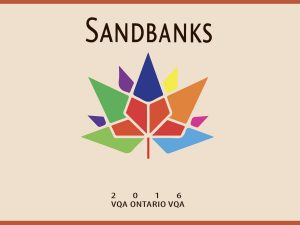 Sandbanks Winery in Prince Edward County and Pelee Island Winery in Lake Erie North Shore each have a red and white wine featuring Canada 150 labels that will be available at most LCBO locations throughout Ontario.

However, when a group of wineries get together to collaborate on a Canada 150-themed project, the results can be EPIC!

EPIC (Essex Pelee Island Coast) is a group of local wineries in the Lake Erie North Shore wine appellation of Ontario. In 2013 six EPIC wineries collaborated on the Stowaway 1812 project (which celebrated the bicentennial of the War of 1812 and the festival of the tall ships).

Melissa Muscedere (Muscedere Vineyards) wanted to do something similar for Canada 150. She contacted Ann Neydon Wilson who, along with her husband Murray Wilson, owns Oxley Estate Winery. Ann had helped to organize the Stowaway project.

Melissa and Ann approached other EPIC winery members to gauge interest in participating in a Canada 150 project. The proposal was to celebrate the 150 years of Canadian winemaking in Lake Erie North Shore with each winery commemorating a historical wine event or place. Ten wineries immediately jumped on board. 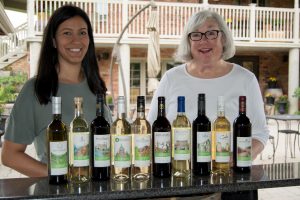 Dr. Maria Cioppa, Associate Professor, Department of Earth and Environmental Sciences at the University of Windsor heard about the Canada 150 project and along with Lynette Bain from TWEPI (Tourism Windsor Essex Pelee Island) formed the group that planned, researched the history, and created the marketing material for the project. Jason Lavin, who works for TWEPI and is also a graduate student in history at the University of Windsor, did the research for the labels. The 10 EPIC wineries will each have a different limited edition 1867 label that will trace the 150-plus years of wine making in Essex County. Talysha Bujold-Abu, a fine arts student at the University of Windsor, created the wine label designs.

The modern era of winemaking in Ontario began in 1974 when a Niagara winery was granted the first licence to commercially produce wine since the prohibition in 1916. Colio Estate Winery was the first in Lake Erie North Shore to receive a wine production licence and today it is one of the largest wine producers in Ontario. But the history of winemaking in the area goes back much further.

In 1865 three men from Kentucky — Thaddeus Smith, J.D. Williams and Thomas S. Williams — purchased farmland on the northwest corner of Pelee Island and in 1866 they planted 25 acres of grape vines (mostly Catawba) on the land. They also built a large wine cellar with a wine press. They called Canada’s first commercial winery Vin Villa Vineyards. Vin Villa wines were sold in Canada, the US and Europe. In those early years Vin Villa purchased more land for grape vines and six more wineries opened on Pelee Island.

By the 1890s there were 35 commercial wineries in Ontario. Most of them were in Essex County.

The Girardot Wine Company vineyards were located across from Our Lady of Assumption Church in Windsor. It is featured on Muscedere Vineyard’s label along with the story about the winery’s owner Ernest Girardot, who traveled to Paris and was mistaken for the Shah of Persia.

Featured on Colio Estate Wines EPIC 1867 label is Calcat Vineyards. The winery was located on Campbell Avenue in Windsor, sold wine in ceramic jugs and was worthy competition for Ernest Girardot. 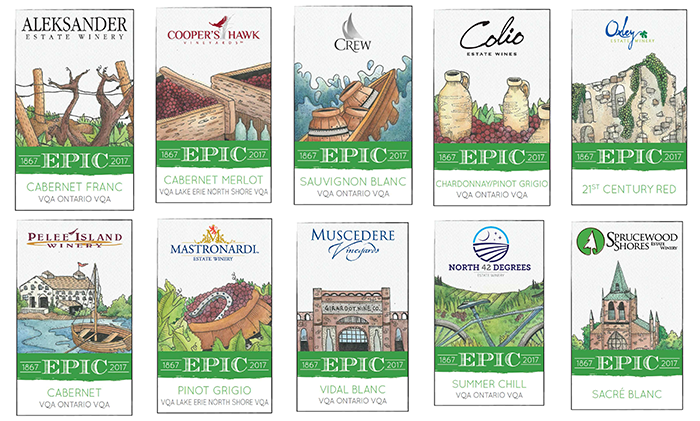 The celebration of 150 years of winemaking will be supplemented by a speaker series and an exhibit at the Chimczuk Museum in Windsor, August 4 until December 31.

Talysha Bujold-Abu’s original drawings for the labels will be auctioned at the 23rd Annual EPIC Vintage Tasting, to be held this year on Sunday, August 13 at Pelee Island Winery.

Gary Killops is a CAPS Certified Sommelier who loves to talk, taste and write about wine. He shares his wine tasting notes on EssexWineReview.com