Ciders and sours. As summer morphs into fall, these two styles of alcoholic beverages become top of mind for me.

Craft ciders, led by cideries such as KW Craft Cider in Waterloo, are gaining momentum as both an alternative to white wine and, because ciders are fermented using fruit not grain, a gluten-free choice for an alcoholic beverage. Interest is such that some craft breweries — Walkerville in Windsor and Toboggan in London, for example — are adding their own takes on cider in-house, perhaps with wider distribution on the horizon.

Sour beers have an exciting tartness, and are more enjoyable, sessionable and thirst-quenching than an overly hopped IPA. We can thank Belgium for developing the style which has been embraced by many Ontario craft brewers, most notably Half Hours on Earth in Seaforth. Farmhouse sours, in theory, feature locally available ingredients and started as a low-alcohol style consumed around the fall harvest, as a lunchtime meal companion or end-of-day reward after hard hours in the fields. Look for words like lambic, Flanders red, gose, or Berliner weisse and chances are you’ve got a delightful sour in your hand.

While many good examples of ciders and sours can be found at the LCBO and select grocery stores, beverage explorers know the best way to discover the talents of Southwestern Ontario cideries and brewers is to hit the road and buy direct, or use the breweries’ online stores if available.

To whet your appetite, here’s a twelve-pack of sensational ciders and sours.

KW Craft Sparkling Dry Cider —This flagship brand has been a consistent medal winner at the Great Lakes International Cider and Perry Competition in Michigan. This is 6.7 per cent alcohol (abv) and is refreshing on its own or with a cheese tray.

Hammer Bent Original by Twin Pines — Made from a blend of Northern Spy, Ida Red, Golden Russett and Jonagold apples grown in the Thedford orchards, Hammer Bent Original leads a family of nine versions of cider and apple wine from Twin Pines. It’s their best, but Crack Willow, an apple wine made with Northern Spy, Ida Red, and Golden Russet piques the interest of beverage voyageurs.

Oak Aged Blueprint by Half Hours on Earth — Okay, it’s tough to keep up with what’s available at Half Hours on Earth in Seaforth, as versions of small batch sours come and go quickly. Half Hours updates its inventory availability each Thursday. Earth Oak Aged Blueprint is a 4.5% abv farmhouse saison. It’s aged in cider barrels, then blended with perry (aka cider made from pears) from Revel Cider in Guelph. Snag one of these to impress your friends.

Berry Berliner by Innocente Brewing — This seasonal was brewed as a collaboration between Innocente of Waterloo and craft-loving Beertown Public House (locations in Waterloo, London, Cambridge, and Burlington). Brewed with raspberries and blackberries, it’s a nod to Ontario fruit farmers. It’s very light at 3.8% abv with an entry-level tartness. Innocente and Beertown have done six collaborative brews — keep an eye out for them. Berry Berliner is in cans at the brewery or available for growler fills.

Sports by Refined Fool — Named in honour of sports being one of our most beloved universal conversation-starters (How ‘bout those Leafs? Finally, eh?), Sports is 5.5% abv and 20 IBU (International Bitterness Units). This saison uses boysenberries. Tasting notes point out tangerine and honey flavours. Game on!

Face for a Neck Tattoo by Refined Fool — Make it two for Sarnia’s craft brewery. This 5.2% abv, 27 IBU saison uses Szechuan peppercorns. The name plays on tough guys softened by liking the taste of this one.

Spirit of the Woods by Revel Cider — Guelph’s cider house collaborated with Dillon’s Small Batch Distillers of Beamsville to create this by aging the cider on spent  gin botanicals. A gold medal winner at the Ontario Cider Awards in 2015, Spirit of the Woods is 6.9% abv.

66 Pickup by Hoity Toity — A gold medal winner at the Great Lakes International Cider and Perry competition, 66 Pickup veers to the dry side. Kudos to the rural Bruce County winery for rebranding this cider from its original name, Gravel Run, which left my throat dusty. This lightly carbonated cider is made with apples harvested in Grey and Bruce counties.

Toboggan Cider — The Richmond Row, London brew pub aims to please by offering a pair of its own ciders, a dry and a sweet. Either works well for sitting on the restaurant’s patio and toasting the drop-off of your kid up the road at Western, but the nod goes to the dry version for its citrus undertone. Both are 6% abv. George Macke is a Southwestern Ontario craft beer explorer who spends too much time at the LCBO. 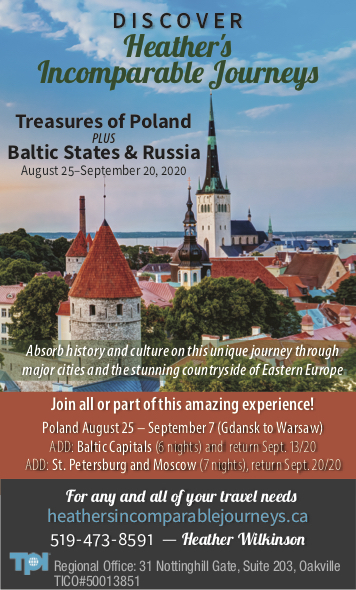 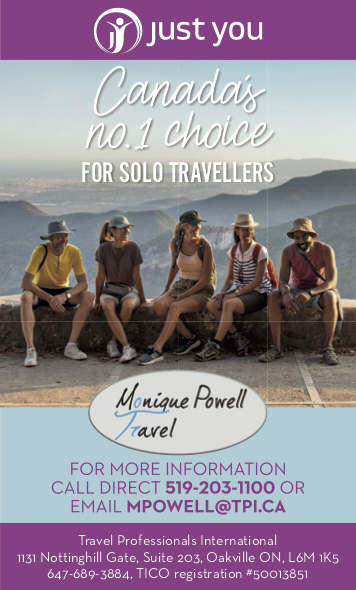 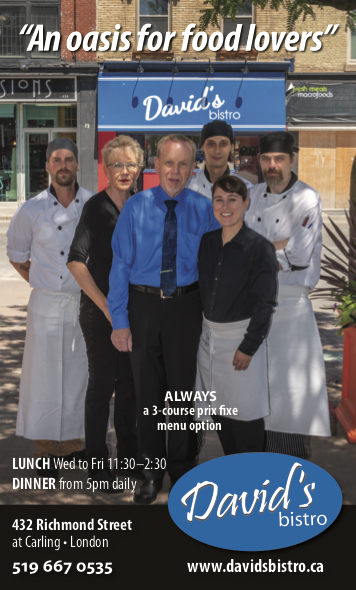