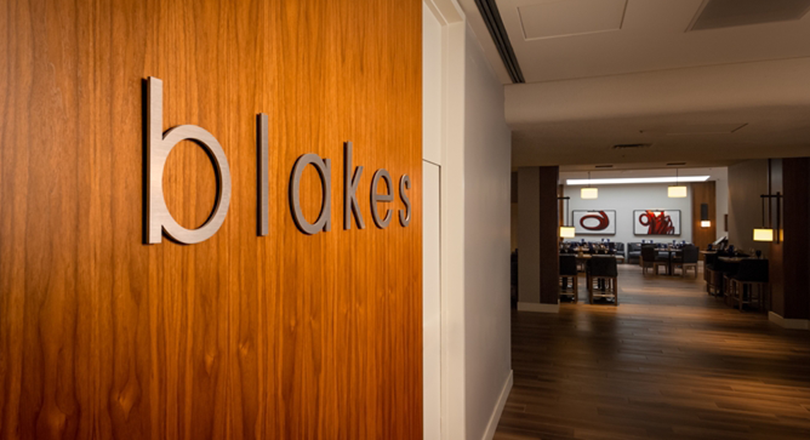 The 22-storey Hilton high-rise relaunched as a DoubleTree by Hilton property in 2015, after an extensive floor-by-floor $10-million renovation. The renovation included an overhaul of the 323-room property with fresh décor and upgrades throughout the hotel. It’s the first significant refurbishment since the property began operating under the Hilton brand in 1999, according to general manager Joe Drummond.

King Street entrance to the hotel

Whether it is front desk staff or those behind the scenes it is important that a hotel’s touch-points ensure a positive guest experience. Consistent management overseeing the detailed day-to-day choreography of hotel operations and service is paramount. For a hotel to stand the test of time it must have an enduring appeal. The DoubleTree property has been managed by the stalwart and affable Drummond since it became part of the Hilton group 18 years ago.

Hoteliers are always looking for new ways to improve and personalize the guest experience in more innovative ways. As part of an updated strategy the property was rebranded after operating as a Hilton for 15 years. “The new look and feel is chic, with a more modern open concept,” said Drummond. The fresh design offers more natural light, open spaces, an integrated lobby with access to computers for guests, and more expansive sightlines. The former escalator to the second floor was replaced by a stunning black granite staircase with glass railings that is a focal point of the lobby and serves as an invitation to Blake’s Bistro & Bar on the second floor. Elevators are also nearby.

Originally built as part of the City Centre complex, the hotel operated under the Radisson and Westin banners after originally launching as a Holiday Inn. The hotel was built in 1975 on the property that once housed the former Hotel London (the city’s premier hotel until the 1970’s). The original downtown Holiday Inn was situated directly across King Street, (fronting on York Street,) where the Convention Centre now stands. That Holiday Inn then operated as both a hotel and the company’s international head office for a brief period of time.

The DoubleTree by Hilton is southwestern Ontario’s largest convention hotel and is connected to London Convention Centre by a heated second-floor elevated walkway. The large ballroom has an 18-foot ceiling and can accommodate upwards to 850 people. Drummond notes that they host one of London’s biggest and best New Year’s Eve parties in the ballroom every year, for 600 guests, featuring a live telecast of New York’s Times Square countdown on two large screens.

Hotel restaurants have had an unfair reputation for being overpriced, and underwhelming visitors. As part of the refurbishment, all-day dining is offered in the relaxed and stylish Blake’s Bistro & Bar. (Visitors and guests can start their day with a beverage from the hotel’s main floor Starbucks). Blake’s is a blend of two former concepts, the elegant dining of London Grill and the more casual aspects of JJ’s Keys Lounge and Market Café. It is different from the ubiquitous cookie-cutter hotel dining rooms of the past. The atmosphere is contemporary and welcoming and there are large windows providing natural light. The dining room has a bright contemporary look, updated features, walls adorned with colourful abstracts and an eclectic à la carte menu catering to a wider range of tastes and with varying price points. “One of the biggest challenges at Blake’s is raising its profile and getting people to the second floor because the restaurant is not at street level for passers-by to see,” food and beverage manager Andrew McMurdo said in a recent interview.

Drummond hired executive chef Todd Pylypiw (who had been employed at The London Hunt & Country Club for 12 years). For the past 15 years Pylypiw has been at the helm of The Meal, an annual fundraising event for the Canadian Diabetics Association. Pylypiw has now been working at the hotel for 16 years. Chef’s emphasis is on quality ingredients, seasonality, and exceeding expectations, with a similar commitment to customer service. Drummond, Pylypiw and McMurdo are adamant about delivering value and quality in the restaurant.

Informality is more than just the question of ambience or décor. It extends to the cuisine and an overall attitude, and an intermingling of more refined and market-driven cuisine with comfort food staples like AAA steaks alongside a well-made burger. Blake’s offers an array of some of the best hand-cut steaks in town. They include grain-fed AAA Sterling Silver Beef Tenderloin, Top Sirloin and New York Striploin that are aged 21 to 28 days. Ontario Lamb is grilled to perfection. Seasonal menus might include the award-winning Conrad Burger, Grilled Cornish Hen with hoisin and ginger, Black Cod on saffron risotto and other favourites like Salmon Niçoise Salad, Pulled Pork and Fish Tacos. Pylypiw is focused on locally grown produce. Drummond adds, “Chef is currently looking into providing a cheese program featuring locally produced specialty cheeses.” 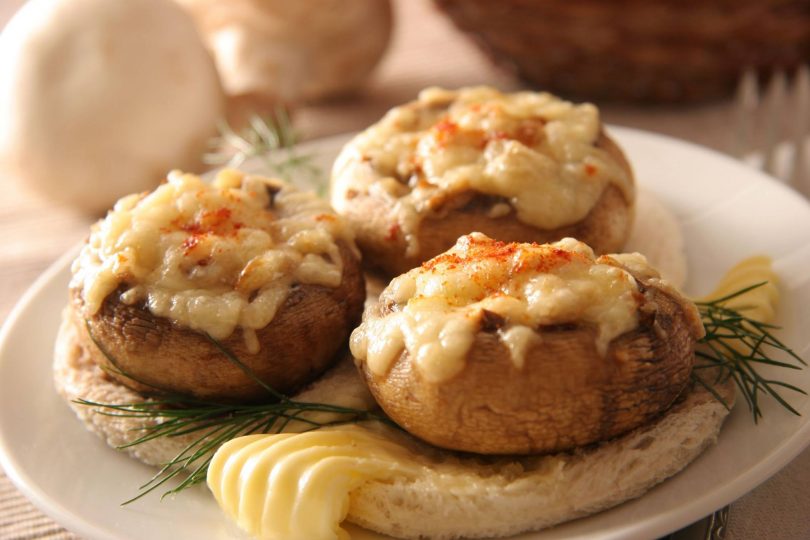 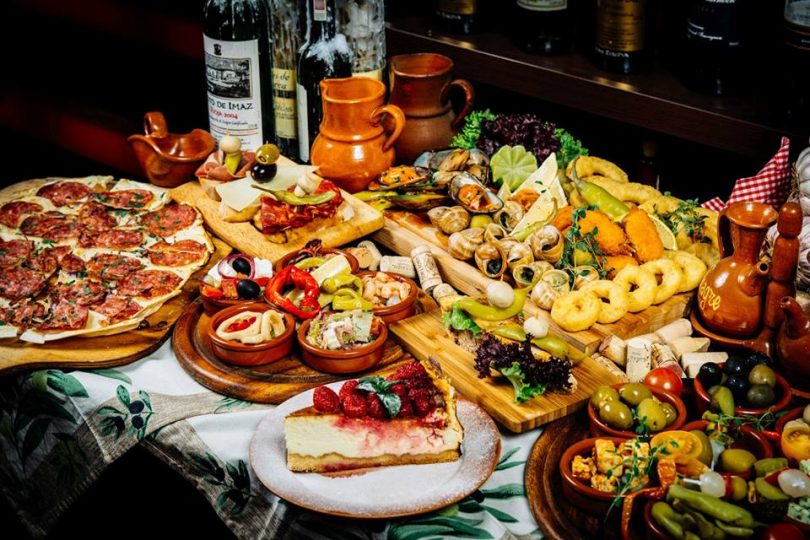 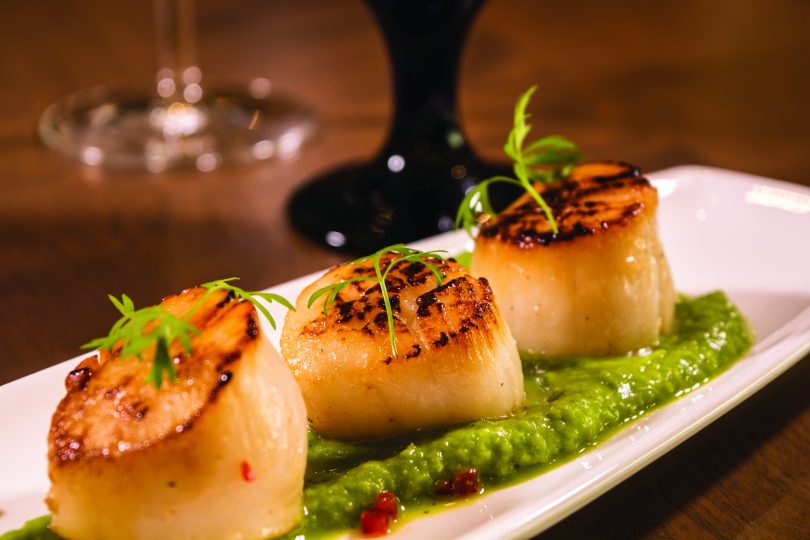 An increasing number of food service workers, particularly in cities that have a shortage of well-trained professional staff, are in the industry for the long run. They help maintain a standard. Many Londoners and visitors will remember long-time servers Anna Tovey and Terry Divers. They developed warm and lasting relationships with guests for nearly four decades until recent years. For many years the service at the hotel has had the reputation of being professional, friendly and anticipatory.

Bartender extraordinaire Rebecca Wright still rocks the lounge, relying on old-school customer service skills such as making eye contact, remembering your name and your drink, and engaging you in conversation to make you feel welcome. Locals, tourists and business travellers dining solo or having a nightcap in the bar get the VIP treatment. Wright, who recently celebrated a 30-year anniversary, continues to be one of London’s best ambassadors.

There is a curated whisky selection, and a good wine list which includes VQA and imported labels. Drummond has built a solid relationship with Pelee Island Winery. Blake’s features Pelee Island Vidal and Cabernet as house wines. There is draught on tap and local craft beers like Anderson Craft Ales and Forked River.

As the holiday season approaches, treat yourself to the Dickens Luncheon Buffet at Blake’s that runs from November 27 to December 22. And don’t forget about the Doubletree’s New Year’s Eve festivities. Plans are already well underway.

DoubleTree by Hilton has become one of the fastest growing hotel brands over the last decade. A hugely popular signature gesture helps set the tone. Guests staying at the hotel are welcomed with a warm chocolate chip cookie (baked-daily) at check-in. Attention to detail pays dividends.