The classical music season is winding down for another year and many organizations are pulling out all the stops to make it a finale to remember.

“With musicals, songs are often scored for small amplified groups,” comments SSO conductor William Rowson. “For this concert we have asked the original creators to arrange their songs for the orchestra, so our audiences will get to hear fabulous symphonic versions of the songs they know. It’s going to be terrific fun.”

Rowson says he has enjoyed his first season as principal conductor of the SSO and is looking forward to next year. “I am very excited about what is possible,” he says. “And apart from the music, I have really enjoyed over-indulging in all the good coffee shops in town.”

London’s Serenata Music ends its season on a sultry note with the Lara Solnicki Trio, on May 15. Led by acclaimed Canadian jazz vocalist Lara Solnicki, the afternoon concert will feature selections from the Great American Songbook. “Lara has a warm and dusty voice, so the music will be seductive and mellow,” says Serenata’s Renee Silberman.

This is not the first time Silberman has invited jazz performers to be part of Serenata’s chamber music season. “We try to present performers who don’t normally come to London,” she says. “There’s a wide audience for many kinds of great music, and jazz is one of them.”

Jazz concerts allow Serenata Music to reach out to non-traditional concert-goers, she adds. “They also attract classical music lovers who are willing to try something different. The thing about jazz is you never know exactly what to expect, and that’s why we love it.”

The Karen Schuessler Singers are also reaching out to non-traditional concert-goers with two performances of ABBA: Dancing Queen, May28 and 29. Featuring Kristin Darsaut’s newly-formed ABBA quartet and a seven-piece band lead by Steve Holowitz, the concert will feature choral arrangements of the group’s most popular ballads and dance-floor hits. 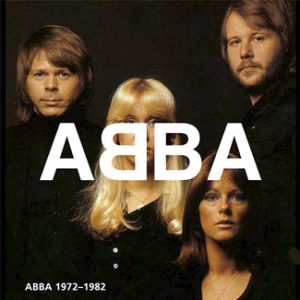 Tickets to the Saturday night performance began selling last summer, and KSS decided to add a Sunday matinee. “We are hoping to fill the gap left by the Orchestra London Pops concerts, as well as to give folks who may not want to drive at night and parents with young families a great concert opportunity,” she says.

London’s Amabile Choirs are wrapping up their year with a concert-packed weekend.

On May 28, the Junior Amabile Singers and Amabile Da Capo Choir present Salut Printemps, a musical tribute to spring, with special guests from El Sistema.

A little later in the evening, the Amabile Boys & Men’s Choirs present a Celtic Celebration with special guests Leahy. The folk musicians from Lakefield, Ontario are a huge draw all over Canada, says Amabile Boys & Men’s Choirs co-conductor, Carol Beynon. “They are bringing 16 step dancers so this will be a big extravaganza. We are so pleased to be able to work with them.”

Leahy will be the special guests at a Celtic Celebration, presented May 28 by London’s Amabile Choir

The Amabile Youth Singers and Prima: Amabile Women’s Choir treat audiences to a preview of their upcoming European tour, May 29. “They are off to Prague and Vienna in July and are pulling together repertoire that they will be singing,” explains Beynon.

Amabile is also inviting the community to support the organization’s latest CD project, which will be partially funded through an online crowdfunding campaign. “Amabile is always looking for new and unique ways of doing things,” explains funds development officer, Chris Harding. “Supporters may choose to pledge any amount, or may accept one of five different perks offered for different dollar amounts,” he says. All donations are eligible for a tax receipt.

The CD, to be titled Sing Your Song, will feature original works by Amabile’s composer-in-residence Matthew Emery. The recording process has already begun, with the CD set to be released in January 2017 by the Canadian Music Centre’s Centredisc label. 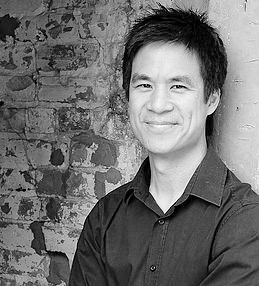 Stratford’s INNERchamber series brings it’s sixth season to a close on June 5, with a concert that pays musical homage to the trickster. The program features the world premier of Marek Norman’s A Day Like No Other. “It’s a musical fable that involves three characters — an angel, a demon, and a trickster,” explains INNERchamber artistic director and violinist, Andrew Chung.

Described as a “flight of fancy for seven musicians and an actor,” the work will be narrated by Stratford Festival actor Geraint Wyn Davies. “There are so many talented people in Stratford that we like to invite actors, dancers and singers to join us on various programs,” comments Chung.

INNERchamber performances are held at the multidisciplinary art space, Factory163. “When we started the series we decided to move the music out of a church space,” says Chung. “This is chamber music with a twist.”

Advanced ticket holders are offered a light pre-concert meal prepared by a local restaurant. “Our concerts are very relaxed and social,” Chung notes. “We try to do things a bit differently and have been able to attract a pretty loyal and diverse audience.”

Nicole Laidler has been writing about the London classical music scene for over a decade. Find out what else she’s been up to at www.spilledink.ca

Nicole Laidler is a former classical musician who has been writing about London's cultural scene for more than a decade. To see what else she's been up to, visit www.spilledink.ca.