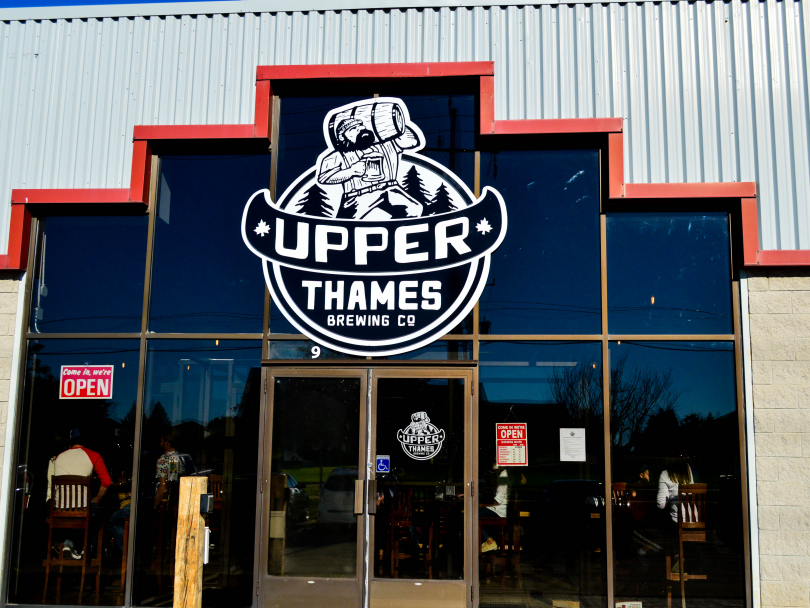 After visiting hundreds of craft breweries, Carl Bloomfield had just one thought: Woodstock needed one. So the veteran city firefighter and passionate craft beer drinker started to brainstorm with a few of his buddies. A year later the five partners launched Upper Thames Brewing Company, Woodstock’s first (and so far only) craft brewer.

“It’s a passion of mine to visit craft breweries and brew pubs,” Bloomfield said. “I likely visited 80 to 85 in the past year and got some great ideas.”

One of those ideas — apart from brewing a spectrum of beer styles from IPA to porter — was to give patrons a spacious taproom in which to mix and mingle. It also allows the brewery to host special events. “Ours is the Cadillac of taprooms,” Bloomfield said. It has a capacity of 70 people, which is large for a craft brewery, and features a handcrafted red maple bar with a canoe suspended from the ceiling overhead. 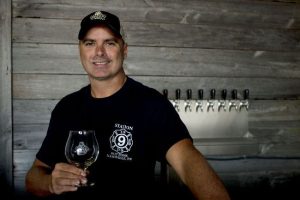 The location at 225 Bysham Park Drive in Woodstock is a former industrial space that had to go through a rezoning process to allow the brewery and tap room. The location was chosen for its high ceilings, concrete floor, and potential for expansion.

Beer production at Upper Thames is the bailiwick of partner/brewmaster Josh Bowes, who honed his skills as a member of the London Homebrewers Guild. Brewer Drake Merritt, a Niagara College graduate, was hired by Upper Thames after wowing the owners with a white stout recipe he had developed while at college.

Merritt’s recipe for Dusk to Dawn White Stout was promptly brewed, and during January was on tap at Upper Thames. It incorporated Sumatran coffee beans roasted by Fire Roasted Coffee Co. of London, and Ivory Coast cacao nibs from Habitual Chocolate of Woodstock. 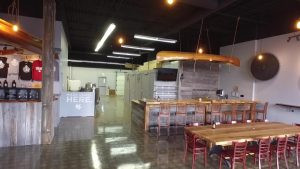 Mad River, made with locally-sourced Cascade hops, returned after a brief hiatus, due to popular demand.

Backpaddle Blonde Ale has emerged as Upper Thames’ top seller. It is sweet, not bitter like an IPA, and uses malt from Harvest Hop & Malt of Puslinch.

Dead Reckoning is a hopped-up version of a classic American pale ale, with notes of cedar, apple and pear.

Most craft brewers feel they can’t swing open the doors without offering a hop-forward, bitter India Pale Ale. It’s often the beer recipe by which craft brewers are judged. Upper Thames had a hop-loving expert in Bloomfield to help in deciding what, exactly, the Upper Thames IPA would be like: Portage would be an “entry-level” IPA, with bitterness obviously present but dialled back to be accessible to newbies, while not losing the acceptance of hopheads.

You don’t have to be part of a club to enjoy Upper Thames beers, but it helps. The brewery launched its Voyageur Society Club in October. Membership in the club, which is limited, comes with a list of perks including first dibs on one-off beers and access to special beer-tasting events throughout the year.

Upper Thames beers are available in 64-ounce growlers at the brewery or on tap at a handful of pubs including Wilfrid Laurier University in Waterloo. Plans are to have Upper Thames on tap elsewhere, including London, and in cans at the LCBO.

Wayne Newton is a freelance journalist in London who enjoys writing about beer and travel.