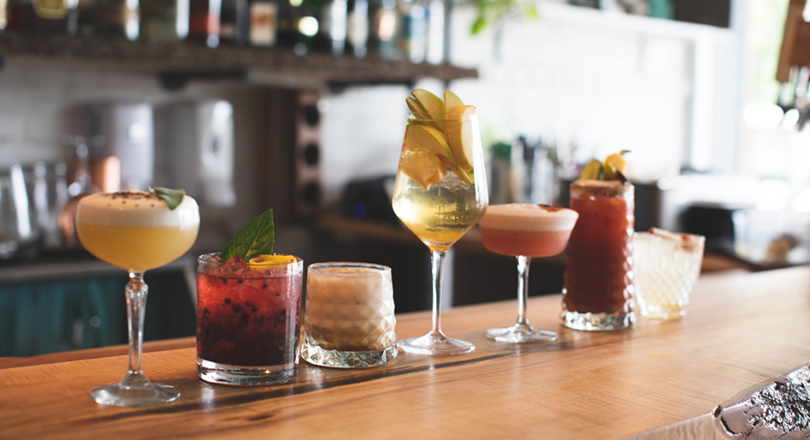 The concept for the cheekily named Kitchener restaurant Swine and Vine started with an entrepreneurial couple’s passion for food and cooking — and a dinner with a local restaurateur who directed the pair to an existing venue for sale on Kijiji. Jill Sadler had worked in the food and beverage industry before attending Wilfrid Laurier University to study criminology but was drawn back to restaurants. “After five years, I missed the industry. Doing something like Swine and Vine was always in the back of my mind,” she says. “Mica and I had tried to buy another location a few years ago, but there weren’t quite the right conditions. Then, when Ryan (Murphy) and Carly (Blasutti) were selling Public, we talked and decided that this was the time to make it happen. It did, and within five days, away we went.” 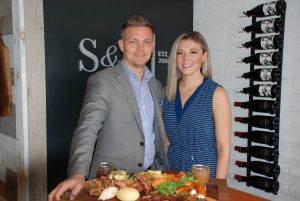 Swine and Vine owners Mica and Jill Sadler share a passion for food and cooking.

That was about a year ago, and Swine and Vine has continued to grow at its Lancaster Street location in Kitchener’s Bridgeport neighbourhood. It’s a unique and pleasantly comfortable 30-seat restaurant, within the extremely popular sharing plates-charcuterie board juggernaut that has become firmly embedded in the food and beverage industry.

The approach derived from a perceived gap in the market that the pair had identified. “We’ve really enjoyed great food centres such as Toronto and Montreal and noticed that there were always restaurants focused on charcuterie,” says Jill, who is the face of the business. “It was just something that we were surprised Kitchener and Waterloo didn’t really have.” Mica Sadler, a veteran of the tech industry, works in a contributing capacity to the success and evolution of the restaurant. “I fill a role that helps the team here out as much as I can,” he says. “I’m learning as we go as well.” 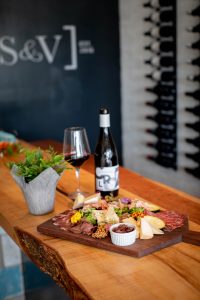 The menu at Swine and Vine is oriented toward small plate and sharing items, including charcuterie

In terms of renovations to the space that was the very popular Public Kitchen and Bar, now located a few blocks south, the Swine and Vine bar with a half-dozen or so stools was re-fashioned and everything was brought up to code as a change in ownership usually warrants. “From the glass washer to sinks to glycol refrigeration unit, a lot had to be upgraded. And I’m from tech, so we had to have POS technology in the background,” says Mica. The kitchen was overhauled to include a 10-burner stove and hood, and fire suppression systems were upgraded. “We invested to make this a long-lasting business,” he adds. Outside the front door, a 12-seat patio built this past spring required a zone variance. Resolving that issue allowed additional summer seating.

The menu, while not completely out of the realm of what Public was doing in the space, is oriented toward the small plate and sharing approach to food that customers were previously used to, according to Jill. That process of visiting the restaurant, sharing several plates and sitting for the evening is what the owners like to do — it made sense to them to continue to offer that to their clients. When it comes to restaurants, you have to know what you want in a concept and believe in it in order to convince someone else to buy into it. “It’s less about the appetizer, entrée and dessert approach,”she says. Her appreciation for the art and craft of charcuterie was deepened when she was part of the front-of-house staff at Waterloo’s Red House, where chef-owner Dan McCowan and then-chef Spencer Vella had been developing their program. “The preparation of charcuterie comes with a steep learning curve and involves a considerable investment of time,” Mica says. “But we haven’t deviated from what our goal was in the beginning,” adds Jill.

The bar was refashioned as part of recent renovations and upgrades

The focus at Swine and Vine is sharing — the kitchen prepares a classic board with nduja  and a seafood board, among others. The “Imposter” vegetarian board is popular. Menus are on large chalkboards on the wall, including the most popular “build your own board” where you select the meats, cheeses and condiments. Alternatively, you can create a small tasting menu drawing from the dozen or so sharing items. Features at the restaurant include a fondue special on Wednesdays, and a pint of Ontario beer and a pound of mussels on Thursdays. At the week’s end, the Saturday brunch menu includes eggs Benedict with brisket, drunken French toast, and a Caprese grilled cheese ($12-$16), to name a few. Elsewhere on the menu, you might notice unique “pulled” jackfruit spring rolls, a duck dish, sweetbreads and smoked Cheddar and stout dip. Boards like the “OG” can easily feed two, especially if you share a couple of appetizers: it’s home-made duck prosciutto, bresaola, terrine, pâté, three or four cheeses and bread, warmed olives and home-made crunchy mustard. Local sommelier and wine consultant Rebecca Pettigrew has created a list that blends old and new world wines, including several Spanish and Ontario selections that match the often meaty and salty items that characterize a charcuterie board. 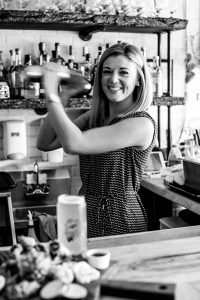 The hand-crafted cocktails are part of Jill’s purview.

Jill Sadler takes care of the cocktail program. “Those, of course, are currently hugely popular and ours are hand-crafted with a menu that changes regularly. It plays on Old-Fashioneds and Caesars, and we just try to elevate them and do some cool interpretations,” she says.

A year or so now into operations, many of the customers are repeat Swine and Vine visitors, and word-of-mouth — and a strong social media presence — are starting to expand that circle of guests. “A customer is a first-time visitor,” says Mica. “We don’t know them. They don’t know us, and they don’t know our menu. But a client is that person coming back again and again, and they bring other people. We see that time and again.” With any glitches and wobbles smoothed out in the restaurant’s relatively short life, Jill says they are now increasingly focused on the kitchen and getting as much done as possible in-house. That work lies with a tandem of co-sous chefs with different expertise. Gabby Crawford and Nathan Tripp, both having cooked at several other restaurants in Waterloo Region, split duties that include a growing catering business and collaborative projects. “We have just started a venture with Kitchener brewer Together We’re Bitter. We use their beer and make beer pepperettes and jerky. We’re packaging that, and they’re selling it at the brewery,” says Jill.

Another project is a much bigger beast for Swine and Vine to wrangle. “We’d like to expand our footprint in this location,” she adds, intimating that there is a future possibility next door. It’s evidence perhaps of both Sadlers thinking in terms of the entire organization as a whole and not just the atomistic elements of front-of-house, back-of-house, menus, revenue, expenses, and events. “We both have a vision that is looking to new avenues ahead,” Mica says. 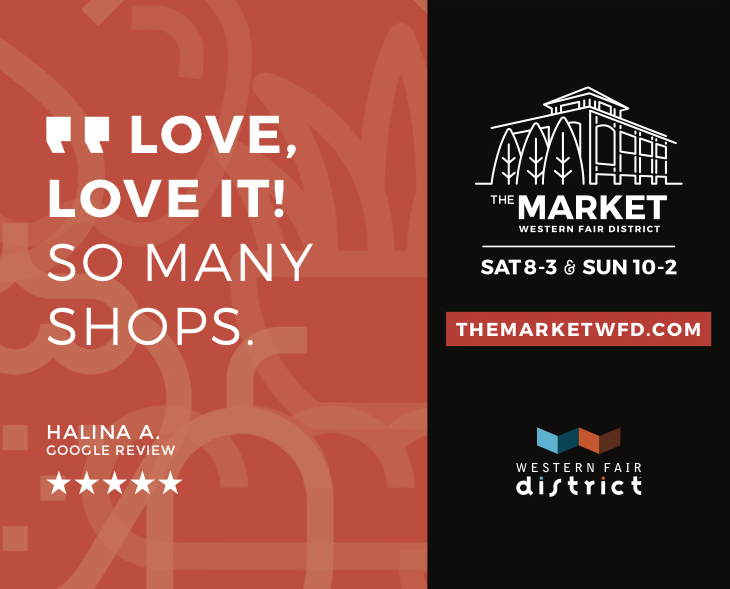 Andrew Coppolino is a Kitchener-based writer and broadcaster. He holds a Master’s degree in English literature from the University of Waterloo and has taught at UW, the universities of Guelph, Toronto and Toledo, Conestoga College, and at the Stratford Chefs School. Andrew has written about food for a large number of magazines, is co-author of Cooking with Shakespeare (Greenwood Press) and is food columnist with the Kitchener Post and CBC Radio Kitchener-Waterloo 89.1 FM. He is publisher of Waterloo Region Eats (waterlooregioneats.com) a longstanding online resource dedicated to food, dining, restaurants, chefs, sustainability and agriculture. In addition to writing for this magazine, Andrew also serves as a regional Eatdrink Editorial Consultant. 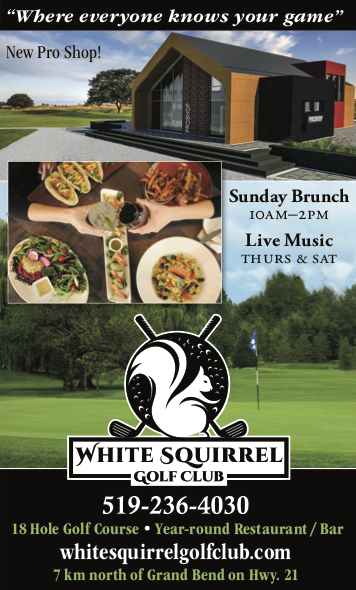 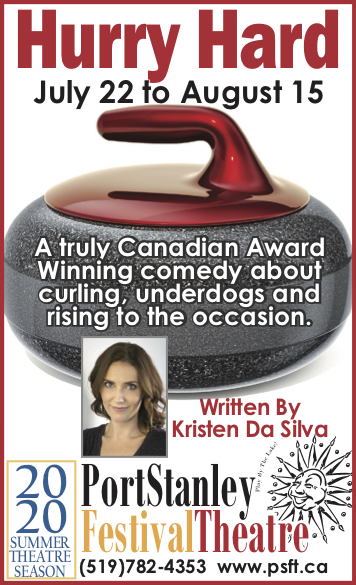